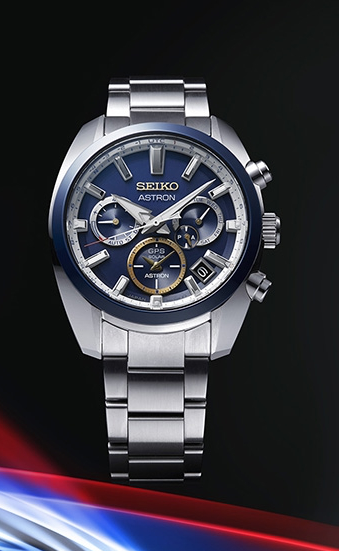 Since the beginning of 2014, Seiko has been proud to be the watch partner of Novak Djokovic. We have watched with delight and admiration over the past six years as Novak has cemented his place as one of the greatest players in tennis history with his astonishing record of 16 Grand Slam victories and 34 ATP Tour Masters 1000 wins. In 2019 alone, Novak won the Australian Open and Wimbledon as well as three other tournaments, including his first in Japan. Seiko now celebrates Novak’s remarkable achievements with the creation of a new Astron GPS Solar watch that offers Seiko’s leadership GPS solar technology in a design based around the shared colors of the flags of Serbia and Japan, symbolizing the strength of our partnership.